Williams earliest memories of loving the game stem from family ties to the sport. While his dad played for St. Augustine, he also has multiple cousins who have played basketball overseas. “I picked up a ball around three years old…or actually my dad probably gave it to me,” he says jokingly. “But since then, I fell in love with the sport.” From there, he joined his first team in elementary school playing for the St. Louis Lions in third grade and never looked back. “Basketball is my stress reliever. Anytime there is something on my mind or I am thinking about stuff too much, basketball is there to get my mind off of whatever it is. When I am playing, I do not think about anything else,” he explains.

From playing in elementary school to competing in the state semifinals his senior year, Williams says that his parents and coaches have been there to support him throughout his entire career. “My parents are a big inspiration. They have always taken care of me and are always motivating me to be better. Coach Hart also had a huge impact on my basketball career. Every day he was pushing me to be better on and off the court. He never let up and always told us the sky is the limit.”

Williams was a key leader on the St. Michael varsity team over the last three years, mostly playing the position of point guard, though he is versatile enough to play shooting guard as well. He is a three-time All-District player, and two-time Defensive MVP as well as a two-time All-State Honorable Mention qualifier and All-Metro player. One of Williams’ biggest accolades has been joining the exclusive 1,000-point club. In the history of St. Michael basketball, only 11 other players have conquered this feat.

SMHS Head Basketball Coach, Drew Hart, says that he is excited to see Williams play collegiately. “Lance will be a wonderful asset for Xavier’s basketball program,” he shares. “They are getting a team player who not only has a great work ethic and attitude but also has an outstanding character. Over the last four years, I have seen him grow into a phenomenal player. This is only the beginning for him. I expect that he will have extraordinary success playing collegiate basketball.”

After his recruiting trip, Williams knew Xavier was the school for him. “The coaches made me feel comfortable and I like that it is not too far away.” He is tentatively planning to major in sports medicine and says he is most looking forward to meeting new people and enjoying the experience of being a collegiate student athlete. 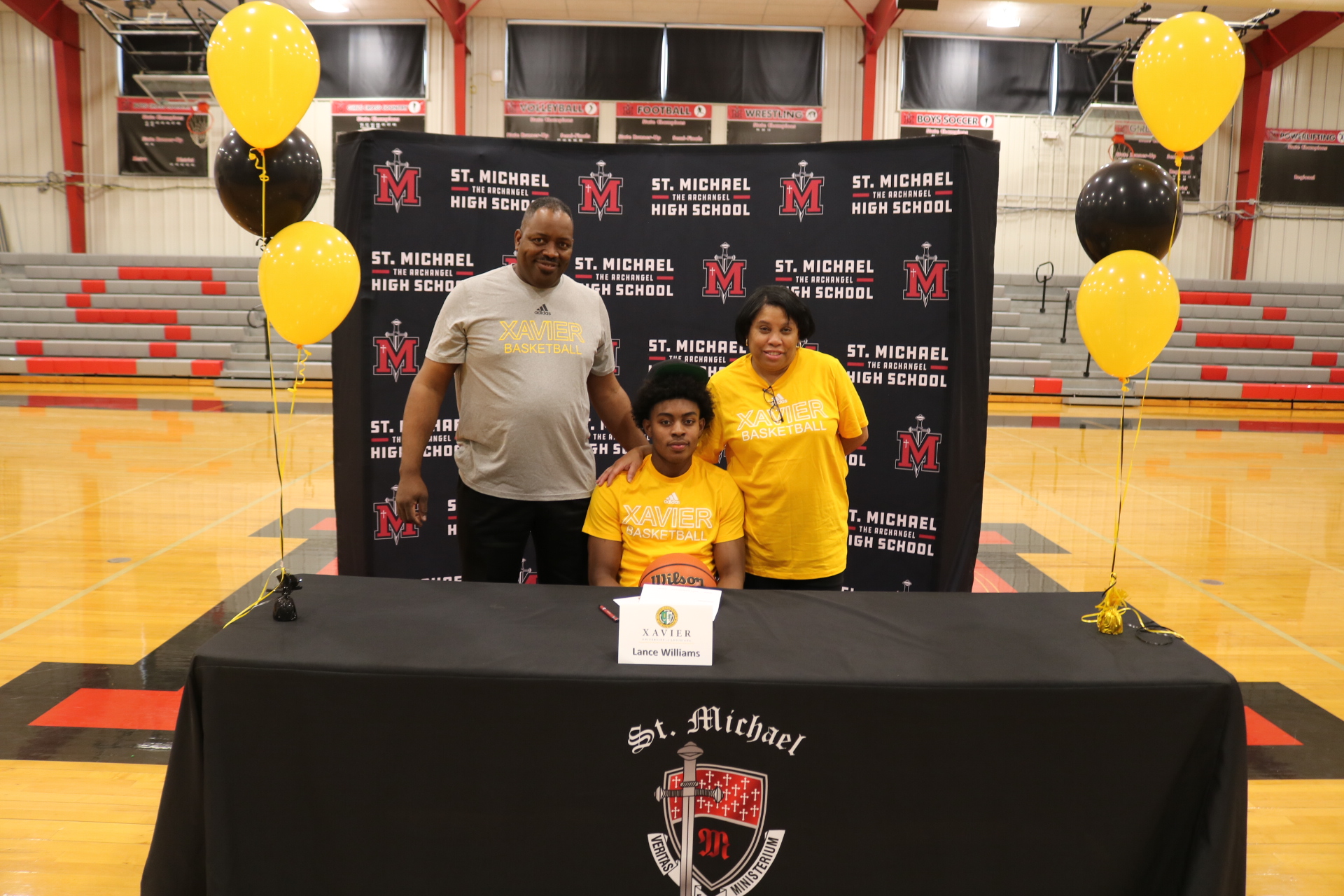