James and Dawson join the 121 other National Merit Semifinalists in St. Michael’s history. “It definitely feels rewarding; it was a long process. The PSAT is a once-a-year thing, unlike the ACT, and you do not find out National Merit results quickly,” shares James. “I took the PSAT freshman and sophomore year to prep for my junior year because that is the year that it counts. I wanted to perform to the best of my ability because it shows colleges what you are capable of in the classroom; plus, higher scores mean better scholarships.”

James, a graduate of St. George School, is a tri-sport athlete, competing in football, basketball, and track and field. He is also the executive vice president of the student body, a student ambassador, and a member of several other clubs. He does all this while boasting well above a 4.0 GPA. James says that being so involved in his school and his studies has taught him the value of time management. “I do my work whenever I can. Being so busy with sports and extracurriculars forces me to be productive and I try to stay focused and get things done even when I only have a short time frame,” he explains. “Not always, but on most days, I am still able to relax and have downtime.” James is tentatively planning to attend LSU and then eventually going into the medical field.

Dawson, who formerly attended Runnels, is part of St. Michael’s cross-country team and track and field team, as well as a member of peer ministry. He shares that becoming a National Merit Semifinalist has been a longtime high school dream of his. “These results show a lot of hard work that I put into my academics,” he explains. “It was a lot; I started as a freshman with the expectation that I would get National Merit. I intentionally took hard classes and as many Advanced Placement courses as I could. I also had some extremely good teachers, one of them being Mrs. Marsh, who is now an English teacher here.” Dawson boasts above a 4.0 GPA as well and also plans on attending LSU to pursue a career in medicine.

Both James and Dawson credit a portion of their academic testing success to one key St. Michael administrator, Mr. Kevin Landry. Known for his test prep success stories, Mr. Landry worked with the boys almost weekly to ensure they met their goals. “He took me in at the beginning of my junior year, and he worked with us on prep. He showed us the best ways to practice, and so I did a lot of that on my own too, but Mr. Landy was really the guide for me,” explains James. Dawson agrees that Mr. Landry’s test-taking tips were imperative in his PSAT success as well. “What was so helpful about meeting with Mr. Landry is that he not only helps with the test questions but also teaches you testing strategy, or how to take the test and how it works,” he shares.

The National Merit Scholarship Corporation is a nonprofit that awards academically talented high school seniors college scholarships. To qualify as a Semifinalist, high school juniors must have taken the PSAT and scored in the most top percentage in their state. To become a finalist, the Semifinalist must submit a detailed scholarship application, including academic record, community and school involvement, leadership skills, and awards and honors, along with an essay. Finalists are notified in February of 2022.

St. Michael also has 14 seniors, including James and Dawson, who qualified as Advanced Placement Scholars.

You can read more about National Merit at www.nationalmerit.org. 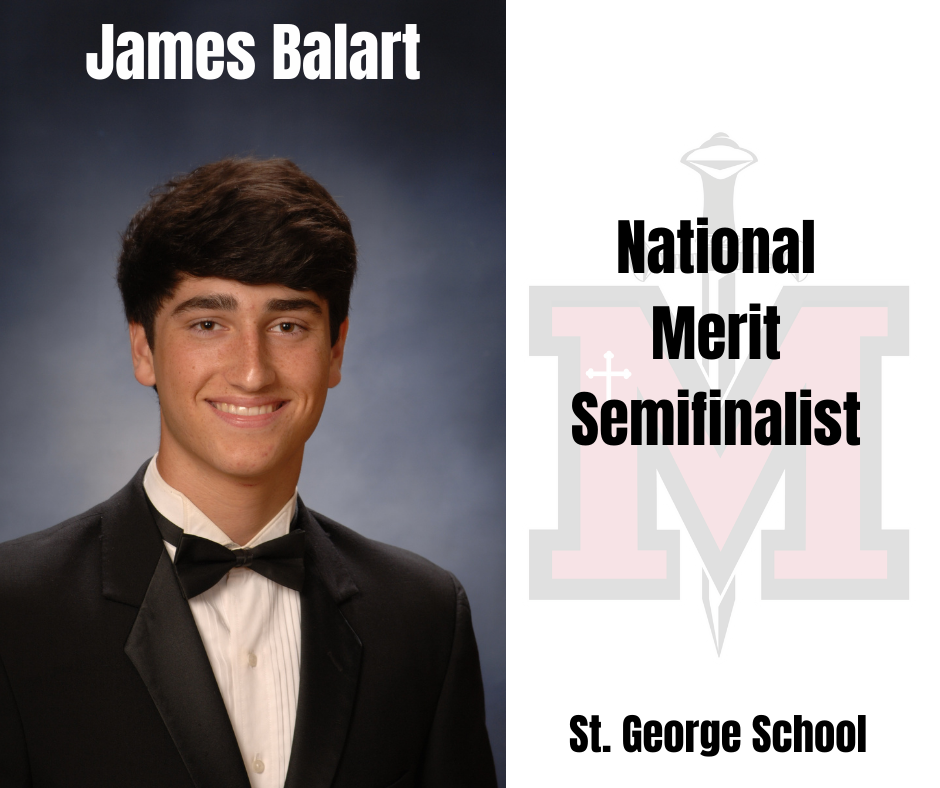