St. Michael senior Katherine Varnado was officially accepted into the United States Naval Academy last week. With an acceptance rate only slightly above 8%, Varnado received an exclusive phone call from Congressman Garret Graves to inform her of the news while she was at school.

As the only female in the state to be granted this honor, Varnado says she feels excited about what her future holds. “It feels amazing to live out my dream of going to the Naval Academy for college,” she shares. “After I received my Letter of Assurance, I just felt like all my hard work paid off for that one moment and it was extremely satisfying.” Varnado goes on to explain that she felt called at an early age to become part of the military because it runs in her family. “I grew up in a military environment. We have a legacy of family being in the service, from my grandfather and uncles. They were officers. I wanted to be the first girl in my family to become an officer too. That is why getting in was so important to me. You are able to immediately become an officer after graduating.”

Varnado’s mother, Lizel, can attest to the fact that the Naval Academy is the perfect fit for her daughter. “She is a very determined young woman. She has always given more than 100% even when not asked. She handles adversity well. She is a fantastic teammate and even better leader,” she says. Varnado’s father, Paul, agrees with Lizel and says he never doubted his daughter would be accepted. “Katherine thrives in an environment of accountability,” he shares. “She understands the value of teamwork and working toward a common goal. She will be successful in whatever branch she wishes to go into after she graduates. Many family members on my side have gone into some sort of military service. She is serving our great country and setting herself up for a great career after the military.”

There is a long and demanding process to apply to the Naval Academy. An applicant must do everything from secure six recommendations and a nomination from an official source, pass a physical, write multiple essays, and ask teachers and counselors for evaluations. According to Varnado, the hardest part was securing a single nomination from someone “official.” This official source normally includes a U.S. Representative, a U.S. Senator, or the Vice President of the United States. But again, the process is not easy. Applicants must attend a “nomination interview” with graduates from all types of military colleges to be considered for the nomination. “They ask hard questions…but during my interview I was relaxed,” says Varnado. “I was not that nervous because I have been around people in the military my whole life. So, I tried to keep it light and show my personality.” After impressing the graduates, Congressman Graves provided Varnado with the crucially needed nomination to secure an acceptance.

However, despite making it so far in the application process, Varnado’s dreams were almost halted when she was diagnosed with a heart problem after her physical. “I was nervous about it,” she admits. “I have Bicuspid Aortic Valve Disease, so my heart only has two leaflets. But, I am totally fine and was fully medically approved. I am lucky- if it was going to cause a problem for me, it would have done so already.”

So now, come end of June, Varnado is off to bootcamp where she will go through the necessary training before becoming a freshman at the Naval Academy. After that, life will look very different for Varnado. Her schedule will be strictly set; from attending classes, to study time and eating, everything she does will be on a timeline. She will also be part of the Naval Academy track and field team as well as take officer classes where she will learn the ins-and-outs of becoming a military leader.

Varnado credits St. Michael for helping her to develop the leadership skills necessary in making it into the Naval Academy and hopefully, in becoming a military officer in four years. “St. Michael offers so many leadership opportunities plus many ways to get involved around campus,” she explains. “Since we are a smaller close-knit community, I was able to work my way up on sports teams and in clubs, and I felt that my voice was heard more often. I have had such great encouragement throughout not just my four years here, but also throughout the whole process of applying to the Naval Academy.”

Varnado says she is looking forward to many things about heading up to Maryland this summer, but mostly she just wants to enjoy the experience. “It will be a smaller community and I am excited to meet new people and work with them as a team. Everyone will have a similar mindset to me. We will be able to encourage and support each other in order to reach goals,” she says. Varnado plans to major in biological engineering and assume the Officer position of a Marine (of which only 6% are women) after graduation, where she will lead and oversee operations of newly enlisted military members. 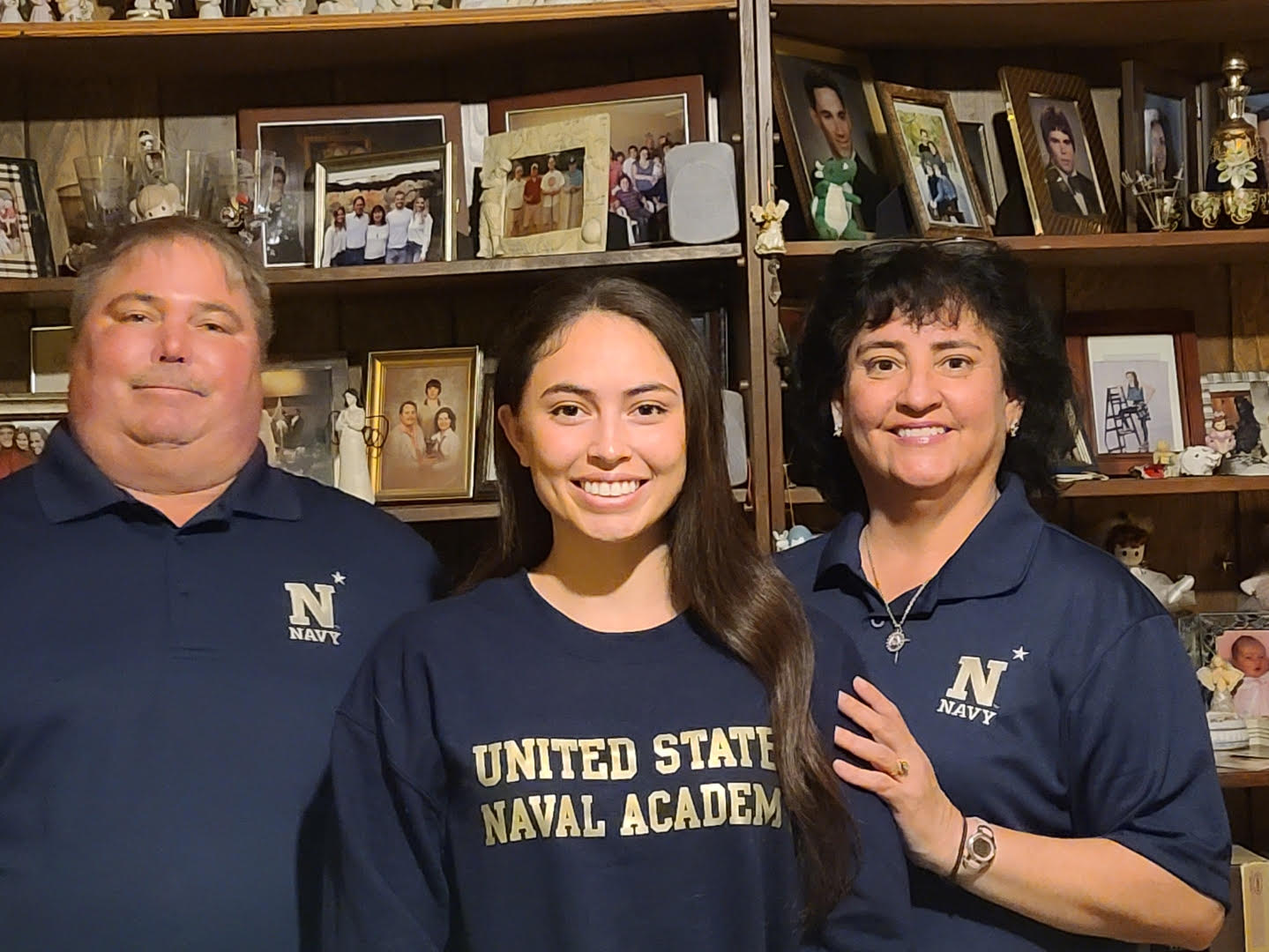